In 1941 Meher Baba sent two of His early Western disciples, Elizabeth Patterson and Norina Matchabelli, from India to the United States to find and establish a Center for His work there. Baba had been to the U.S. three times and He said of His coming to this country “there is greater energy in America than elsewhere, but most of this energy is misdirected. I will divert it into creative and spiritual channels.” Baba specified that the property which would become Meher Spiritual Center should meet five conditions:

Elizabeth and Norina searched unsuccessfully throughout the country for almost three years. Then in 1943 while visiting her father in Myrtle Beach, Elizabeth remembered seeing, years earlier, a large tract of undisturbed oceanfront property. Upon revisiting the spot she felt with certainty that it was the place they had been looking for. The land, owned by Myrtle Beach Farms Company where her father, Simeon Chapin, was a partner, met the first four of Meher Baba’s conditions. Elizabeth’s father who had met Meher Baba and had deep respect for Elizabeth’s spiritual quest was eventually able to obtain the property and give it to her; she then offered it with love to Baba, fulfilling the final condition. Baba sanctioned the gift, and in 1944 work began to prepare the Center which would become His “home in the West.”

Baba Himself directed many details of the Center’s development; every phase of the work was done with the thought of pleasing Him. And He remained actively interested and involved with all Center activities throughout the years following His three visits in the 1950s.

On Meher Baba’s first visit He expressed His pleasure with all that was done to establish the Center saying “… I am so happy to be here, and most of all I am deeply touched with the love and devotion shown by both Elizabeth and Norina throughout the past years in preparing such a unique spot for my work and comfort… of all the homes I have visited, this is the home that I love the best, because it was given to me and built for me with such love.” After a pause he added, “I never leave. Remember, I do not leave, because this is my home.” Accompanied by eleven companions from India, this first visit was for a month during April and May, 1952. It was a quiet, intimate, and special time with Baba when many westerners had the opportunity to meet Him for the first time. 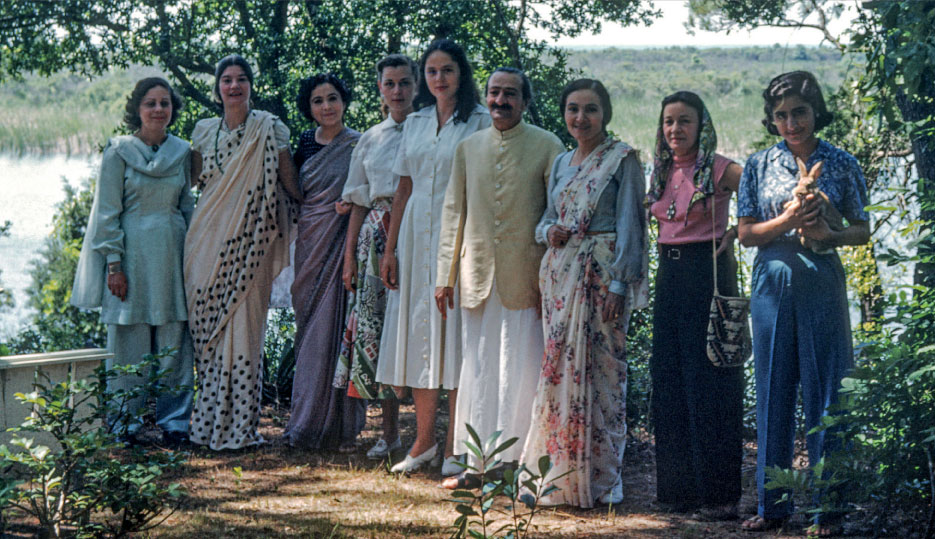 Meher Baba’s sister Mani describes her first impressions of the Center in 1952: “On our arrival I felt that Baba had already been there. His presence was so strong and I realized Baba had blessed the Center long before. Every nook had so much of His Presence—on the bridges, under the trees, at the beach, in the Barn, by the lake. Naturally, it is the one place in the West Baba had specifically directed to be found—but He had already found it before He sent Elizabeth and Norina to look for it. He gave the conditions, so that the conditions were like clues to the place where Baba already was! He had already planned it before He sent them out to look for it—like a treasure hunt.” 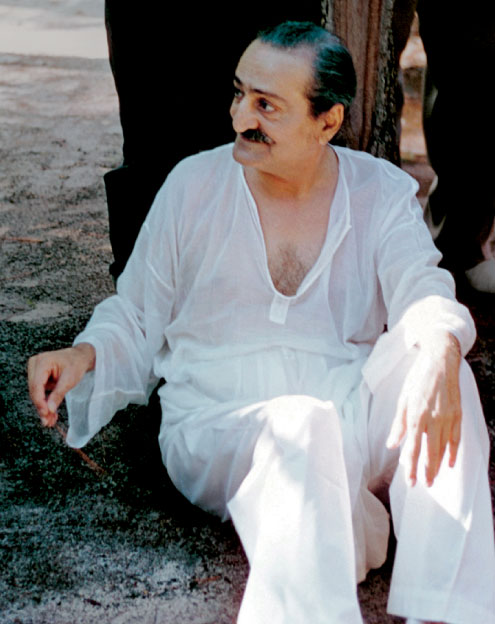 Meher Baba’s second visit to the Meher Center was in 1956, for six days at the end of July. During that stay Baba was radiant and full of vitality, walking throughout the Center, and engaging all those He met. Hundreds of people came to be with Him and the Center’s official dedication ceremony was held during an “open day”, on July 27.

Meher Baba’s third visit to Meher Center, for eleven days in May, 1958, was noticeably different from His previous two visits. Due to a painful hip injury, Baba required assistance when walking even short distances, and most of the time He was carried in a chair or driven around the Center in a car. Before He departed the Center, Meher Baba told those gathered around Him that this would be His last visit. Elizabeth Patterson recalled that this statement prompted her to ask Baba, “Then who can come to the Center and stay here?” and He responded, “All those who love and follow me, and those who know of me and want to know more.”

In an 1977 interview, Elizabeth described Meher Center’s unique legacy: “The Center was a beautiful place of nature before Baba came. But after He came, it has a ‘plus’ quality that’s indescribable. It’s spiritual.” 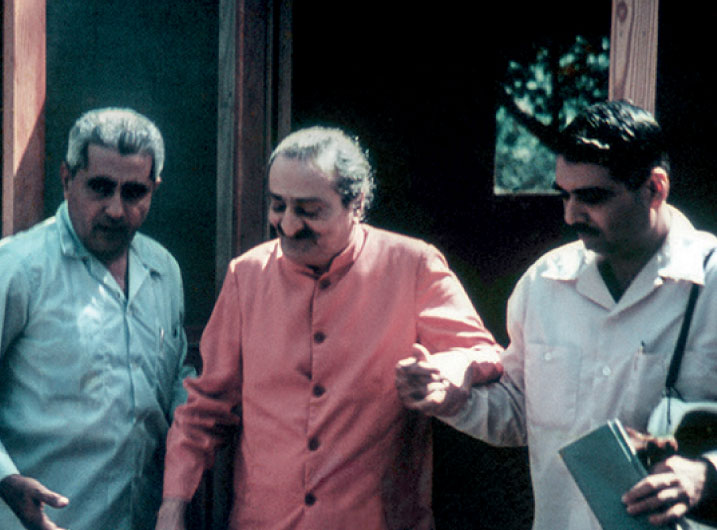 Early devotees came to Meher Spiritual Center to meet Meher Baba, many for the first time, and to have His “darshan” (auspicious sight) when He was here in the 1950s. Since that time the Center has continued to draw many thousands of pilgrims over the years. Meher Spiritual Center remains, as Meher Baba said it would, a place where He stays and is at home, where all can come to meet Him; a “place of pilgrimage for all time” imbued with His presence and inspired by His remembrance.