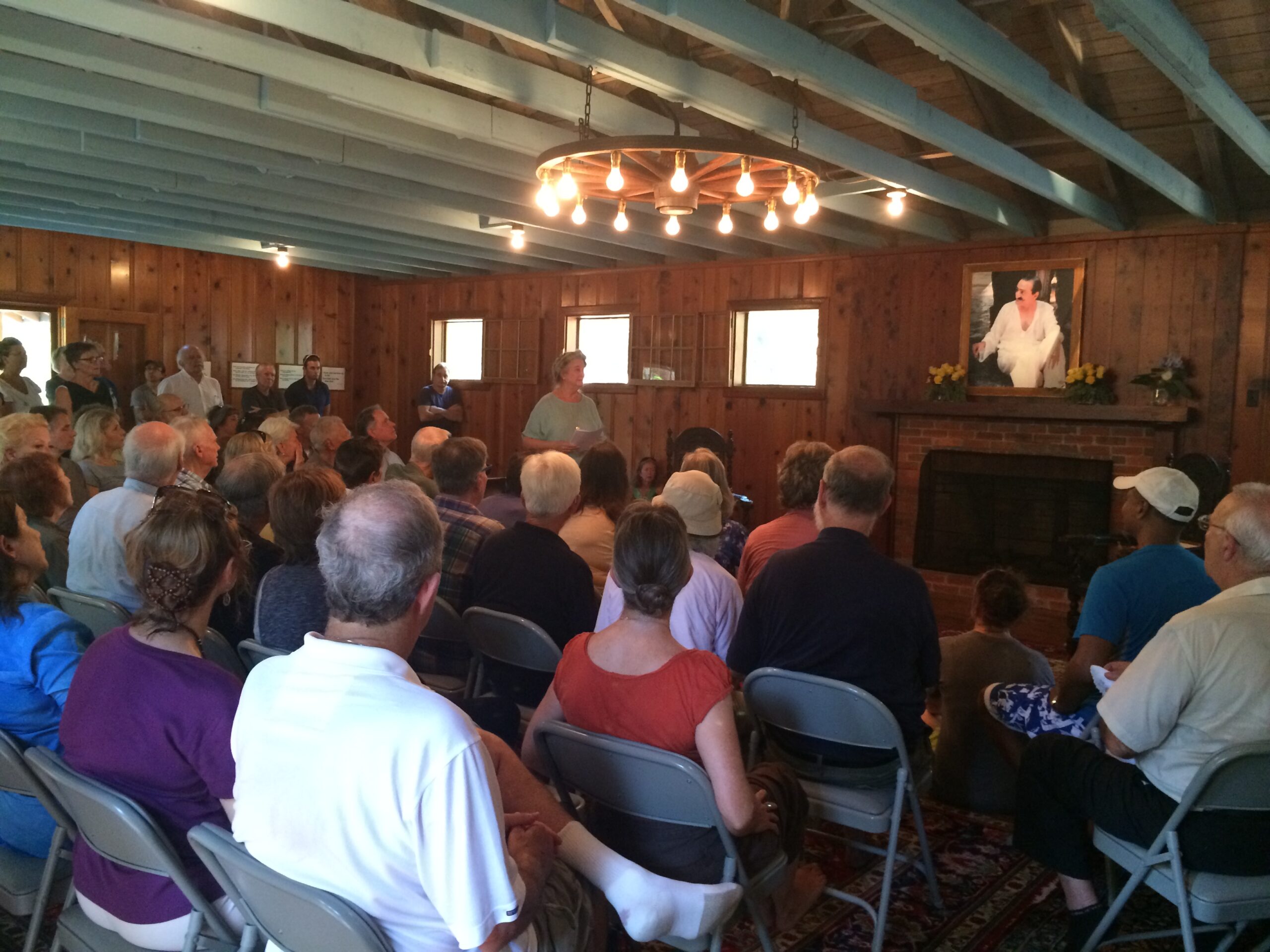 Arti is a ceremony of worship involving devotional songs of praise to the Lord. In the Meher Baba community, Arti was often performed before Meher Baba during His lifetime, and is still performed twice a day at His tomb in India.

There are three prayers written by Meher Baba that are said at the beginning of Arti: the Master’s Prayer, the Prayer of Repentance, and the Beloved God Prayer. After the prayers are said, two of five special songs are sung that were written for this purpose and were approved by Baba for use as Artis. Afterward, there is a time for anyone who wants to express their love in their own way, often through music, poetry, or storytelling.

Meher Baba made it clear, again and again, that He had come to “abolish … rites and rituals,” and that ceremonies done simply by rote had no meaning on the spiritual path. Paradoxically, however, He participated in Arti. Even toward the end of Baba’s life, when He was suffering severely from back and hip pain from His 1956 car accident, He still insisted on standing for the prayers. Baba said, “My participation in these prayers has great significance, and by it, the prayers are being invested with added power, which people will feel when reciting them and be benefited.”

At the Meher Center, Arti is performed approximately once per month. Many people feel that by coming together as a group for these special prayers and songs, they can feel Baba’s presence palpably, and His acceptance of their love and offering.

See this program on our Monthly Calendar