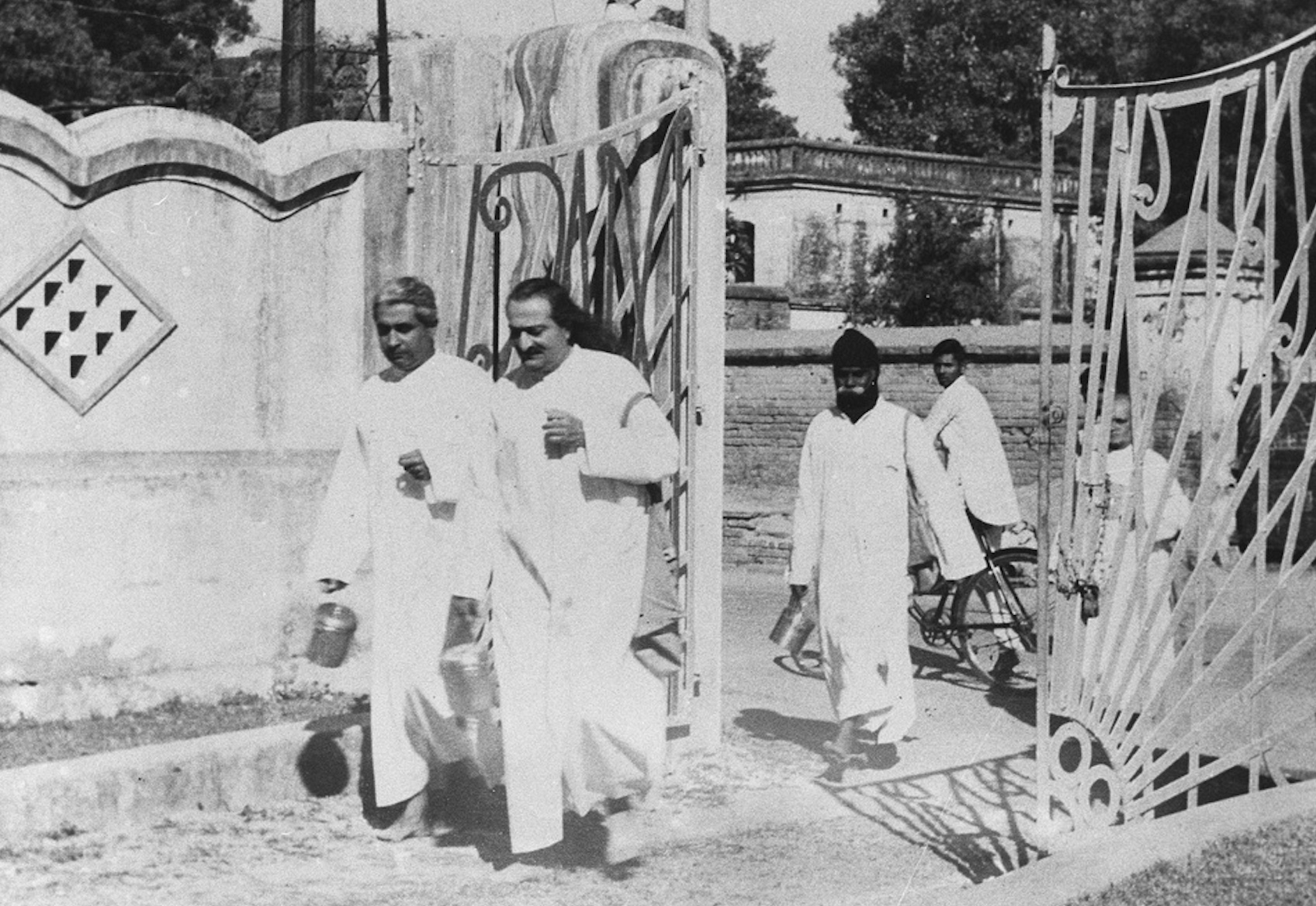 On October 16, 1949, Meher Baba began a period of His life that He called the New Life. During this unique time, Baba Himself became a seeker, setting an example of humility, selflessness, and relying “wholly and solely on God.” Baba chose twenty companions, sixteen men and four women, to join Him. After providing for the ones He left behind and getting rid of nearly all His property, Baba and His New Life companions set out on a journey throughout India, predominantly on foot.

Baba never fully explained the significance of this unfathomable period. But He did lay down a number of conditions for His New Life companions to live up to, including never expressing anger in word or deed, keeping cheerful under all circumstances, and not expecting any spiritual or material reward. Physically, conditions during the New Life were often very severe. Baba and His companions had to withstand extreme heat and cold, endless miles of walking, sleeping out in the open, and begging for food. Baba Himself took on additional suffering, including medical conditions attributed to his bowing down to thousands of holy men to fulfill His role as a seeker.

Despite cutting so many ties during the New Life, Meher Baba’s connection with Meher Spiritual Center remained strong throughout the period. Baba continued to be in touch with Elizabeth and Norina, the founders of the Center, about preparations for His proposed visit there. In fact, He said that Elizabeth and Norina were participating in the New Life through their work to fulfill His requirements for the Center. The Center and the area around His Samadhi were the only properties that remained in Baba’s name during the New Life.

Baba finally opened the doors to His lovers again after a lengthy period of seclusion in 1952. However, He said that the New Life would live on:

“This New Life is endless, and even after my physical death it will be kept alive by those who live the life of complete renunciation of falsehood, lies, hatred, anger, greed and lust; and who, to accomplish all this, do no lustful actions, do no harm to anyone, do no backbiting, do not seek material possessions or power, who accept no homage, neither covet honor nor shun disgrace, and fear no one and nothing; by those who rely wholly and solely on God, and who love God purely for the sake of loving; who believe in the lovers of God and in the reality of Manifestation, and yet do not expect any spiritual or material reward; who do not let go the hand of Truth, and who, without being upset by calamities, bravely and wholeheartedly face all hardships with one hundred percent cheerfulness, and give no importance to caste, creed and religious ceremonies. This New Life will live by itself eternally, even if there is no one to live it.”

At the Meher Center, we celebrate October 16, the start of the New Life, by gathering for prayers, music, and readings.

See this event in our Annual Calendar