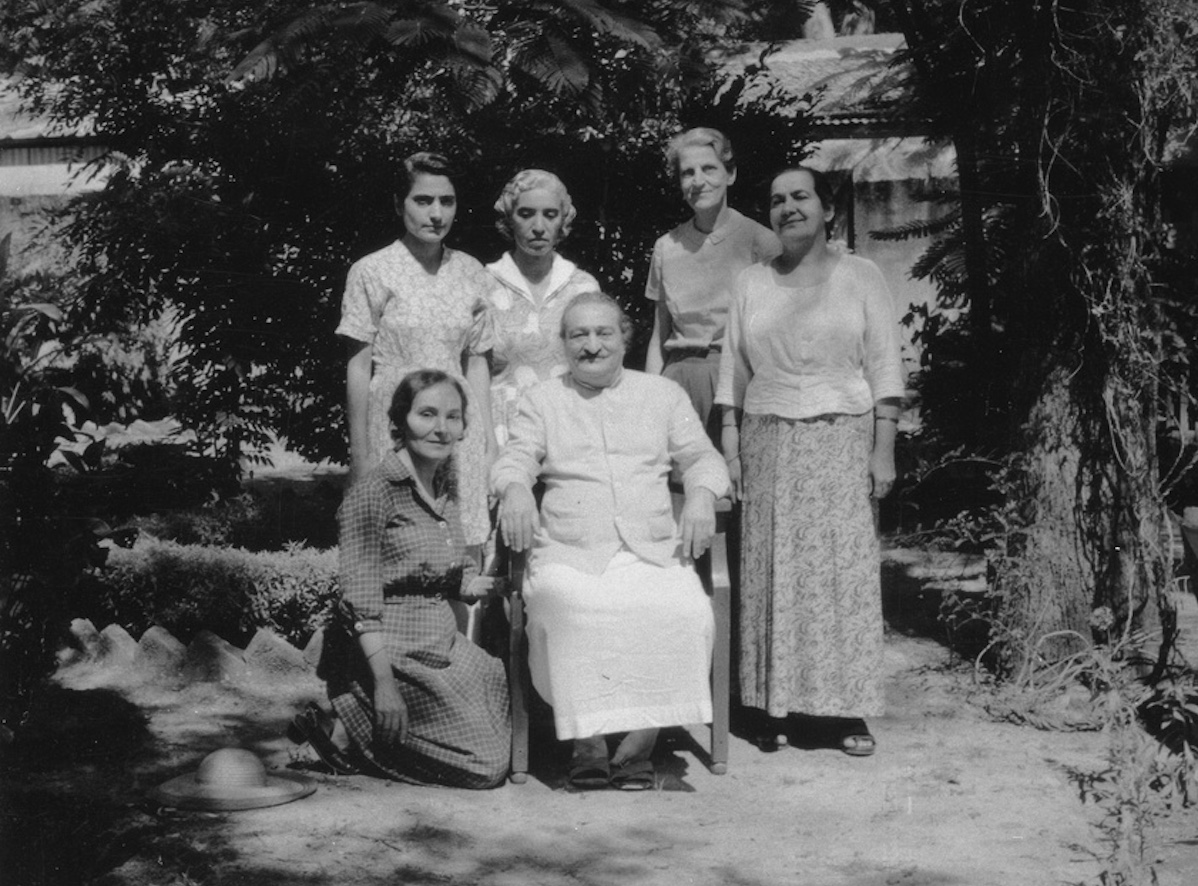 Meher Baba was in two serious car accidents over the course of His life. At the Meher Center, we commemorate the first of these accidents which took place in America on May 24, 1952, after Baba left the Center traveling by car on His way to visit His lovers in California.

The accident happened just outside of Prague, Oklahoma, nearly the midpoint of the United states. Meher Baba and three of His close women disciples were being driven by Elizabeth Patterson, one of the founders of the Center, when they collided with another vehicle coming over a hill. Baba sustained significant injuries; His left leg was fractured in two places, and his arm and nose were broken. Four of His companions also suffered injuries, including Mehera, whose skull fractures were life-threatening.

The patients were taken to the local hospital in Prague, where Dr. Ned Burleson took care of them, along with Dr. Goher, one of Baba’s female companions. They were treated with great care, and were eventually able to return to Myrtle Beach to complete their recovery.

Elizabeth had a deep conviction that the accident was an unavoidable part of Baba’s plan.  And, in His beautiful, inimitable way, Baba let Elizabeth know that the accident was indeed meant to be and that she was meant to be driving the car on that day. In the early 1930’s, soon after Elizabeth first met Baba, He gave her a small pink wildflower that He had picked Himself, and instructing her to: “keep it in a safe place always and mark well the date.  One day you will understand its meaning.” It was only after years passed, when she unexpectedly came across the flower in an old Bible, that Elizabeth realized the date in the bible was the date of the accident, exactly twenty years before. To this day, the flower and bible are carefully preserved in Baba’s House at the Meher Center.

Baba expressed that the Avatar suffers for the good of humanity, that by “burning His own cloak of illusion” He helps others burn theirs, ultimately uniting them with the truth of God. Baba said of the 1952 accident in particular, “The personal disaster, for some years foretold by me, at last happened while crossing the American continent—causing me … much mental and physical suffering. It was necessary that it should happen in America. God willed it so.”

Every year at the Center, we gather just outside Meher Abode on the morning of May 24 for a brief program commemorating the accident with readings, music, and prayers.