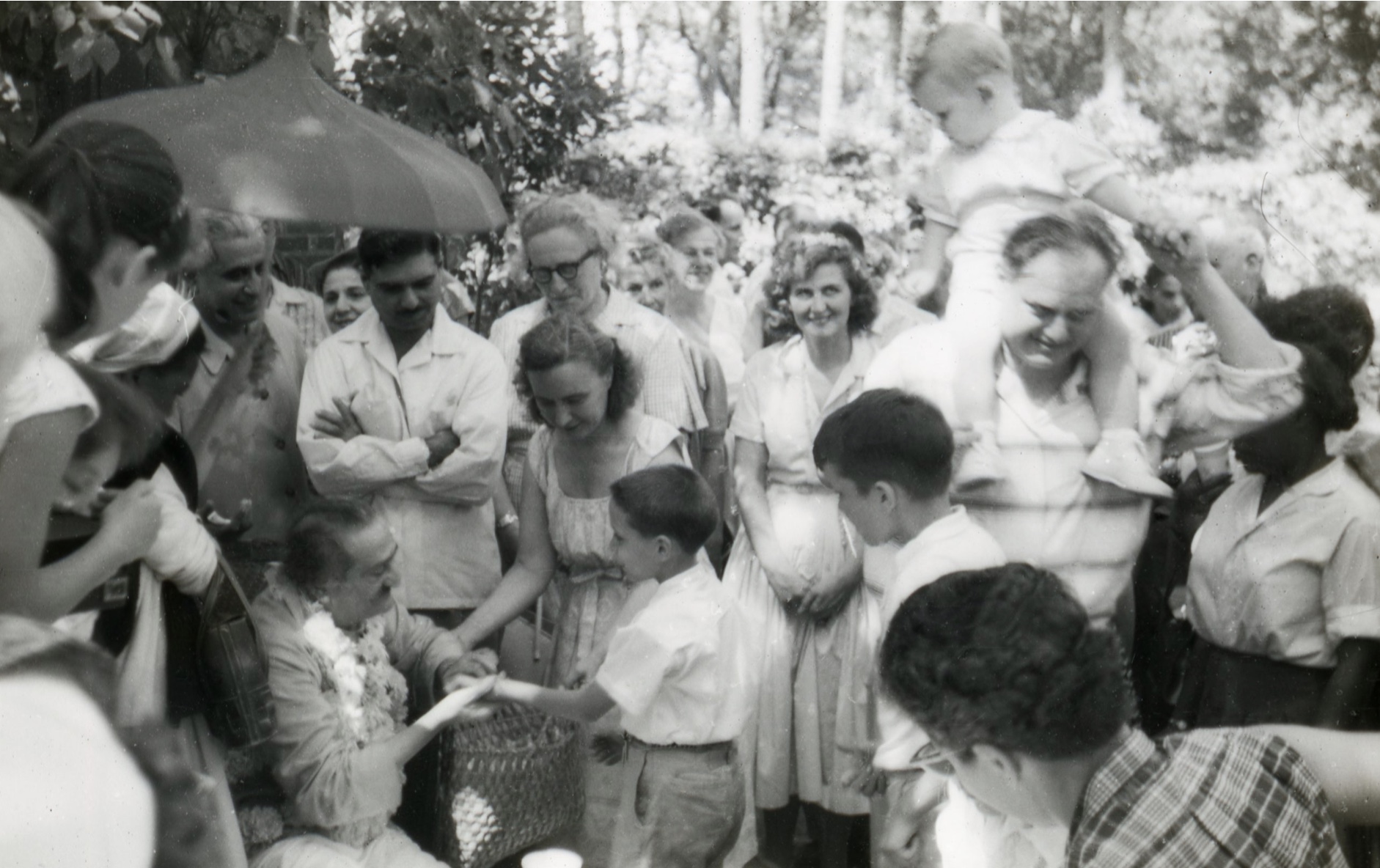 A number of days are celebrated or commemorated by the Meher Baba community. Each corresponds to the date of an important event in Meher Baba’s life.

Meher Baba was in two serious car accidents over the course of His life. At the Meher Center, we commemorate the first of these accidents… more

Meher Baba kept silence for forty-four years, from 1925 to His passing in 1969. At first Baba communicated in writing. After a short while, He… more

On October 16, 1949, Meher Baba began a period of His life that He called the New Life. During this unique time, Baba Himself became a seeker… more

On January 31, 1969, at 12:15 PM, Meher Baba dropped His physical form. It was an inconceivable moment for so many who loved Him. Despite… more

Mehera J. Irani was Meher Baba’s chief female disciple. Each Avataric advent, when God dons the cloak of God-Man, He has a divine counterpart… more

Since the time of Elizabeth Patterson and Kitty Davy, certain Christian and American cultural holidays have been joyfully celebrated on the Center.

Easter Morning is a special time at the Meher Center. Before dawn, the community comes together in the compound of Baba’s house to… more

Thanksgiving at Meher Center is celebrated with a traditional dinner cooked by the Racepath community, longtime friends of the Center. This… more

Baba says He is the same Ancient One known in the past as Zoroaster, Rama, Krishna, Buddha, Jesus, and Mohammed. Baba and His Mandali… more

New Years is always a much-anticipated time on the Center. Baba lovers come from all over the country (and sometimes the world) to mark… more